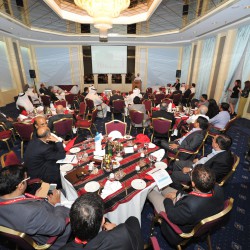 The cognitive club managers of information technology departments in Bahrain (CIO Knowledge Club) held its first activity which was an introduction session between the club’s members in which the club’s goals and future plans were discussed. Ways of strengthening work of the club to make it a permanent platform for networking among its members, keeping[…]